Freising – Gateway to the Hallertau 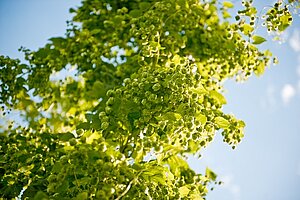 Freising is known as the “Gateway to Hallertau” because the world’s largest continuous hop-growing region, Hallertau or Holledau, lies to the north of the city. Hops have been grown here since the 8th century. The hop fields were the property of the prince-bishops. Hallertau hops were used for making beer on Cathedral Hill; the “green gold” was paid for in … beer!

The region is charming, with a landscape of gently rolling hills. In winter the hop poles jut out of the frozen ground like futuristic artworks. In the spring, the new growing season starts when the planters “bend the knee to the hops” as they train the hop bines around the poles by hand. The plants climb to a height of seven metres in less than eight weeks. After flowering, the green cones are harvested at the end of August. Hop-picking is the highlight of the hop calendar, enveloping the farms in Holledau in a spicy, bitter scent.

Explore the unspoilt charms of Hallertau, or set out on a fascinating and informative excursion – perhaps to the German Hop Museum in Wolnzach. The German Hop Road starts in Freising and leads to Abensberg, flanked by cycle paths.

To find out more and explore the Hallertau hop region, visit the region`s own website (currently available in German only).

You can also find more interesting facts about Hallertau, an overview of the hop year and dates of hop festivals and popular hop-related souvenirs on the Freising region`s tourism website (currently available in German only).