Tracing the history of brewing in Freising 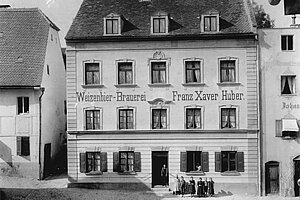 In the early 19th century, 18 private breweries operated in Freising in addition to the two breweries surviving today, Bavarian State Brewery Weihenstephan and Hofbrauhaus Freising. And that with a population of just 3000! These privately owned breweries – like Hummelbräu, Stieglbräu, Laubenbräu, Hacklbräu and Furtnerbräu – are still present today in the names of lanes and buildings. We take you along on a tour of their sites and investigate the Sporrerkeller beer cellar. Find out fascinating facts about beer! 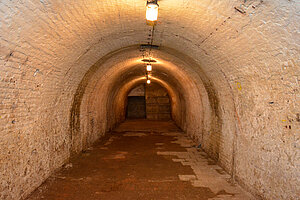 Although many of Freising’s historical breweries have vanished today, they have left silent witnesses behind them – their beer cellars, some still slumbering deep underground. Originally designed to cool the barrels in summer, they took on a new and important role during the Second World War as air-raid shelters. One of the most impressive cellars still exists under Weihenstephan Hill. Join us to explore the vaults where beer was once kept to maturity for the good citizens of Freising.

For information about the tours, contact the local history association website, Stadtheimatpflege e.V.  (currently available in German only).