Freising is home to two of the oldest breweries in the world – the State Brewery Weihenstephan and Hofbrauhaus Freising. 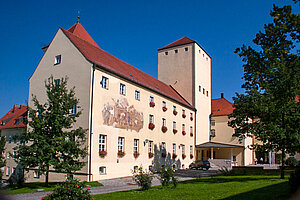 When St Corbinian founded a Benedictine monastery on Weihenstephan Hill in 725, he also launched the art of brewing; in the Middle Ages, monasteries and brewing went hand in hand. (His action also paved the way for the later nickname of “Sustenance Hill”.) When the monastery was granted the right to brew and sell beer in 1040, Weihenstephan’s monastery brewery was born. Despite almost a millennium of turbulent history, the brewery is still in the same location today, now under the name of Bavarian State Brewery Weihenstephan. The brewery museum gives visitors an introduction to the “origin of beer” before touring the modern brewery. 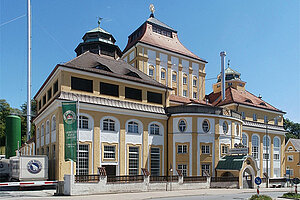 Freising’s second historical brewery was first mentioned in 1160 as the brewery of the prince-bishops. It was located on Cathedral Hill. During secularisation, Hofbrauhaus Freising was acquired by Electress Maria Leopoldine, a talented businesswoman. It later passed into the ownership of the Counts of Moy. In 1911/1912 the brewery moved to its current premises on Mainburger Strasse, an imposing art-nouveau-inspired building. The Bavarian Counts of Toerring-Jettenbach acquired the Hofbrauhaus in 1998 and undertook extensive modernisation. Freisinger Weizen, a wheat beer later renamed “Huber Weisses”, has been brewed here since 1860.

You can enjoy freshly pulled beers from our traditional breweries in many inns and bars throughout Freising.